As a sports fan, I enjoy watching a number of different sports. One of my favorites; however, is baseball. I played the game when I was younger and have always enjoyed the strategy of it. 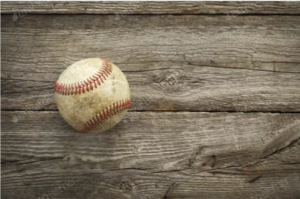 Should we bunt here?

We could steal, but if we’re caught, that ends the inning.

Is it time to pull the pitcher or can he get one more batter?

One of the most exciting things about being a baseball fan in Minnesota is the resurgence of our Minnesota Twins. While the Twins have had success in the past as World Series Champions, the last 30 years have been tough. Yet, as I write this, we’re on top of our division yet again.

Becoming Agile: Placing the Team Ahead of Yourself

Like any good baseball team, the Twins have their set of characters that have worked together to reach this success. One of my favorites is Willians Astudillo, known by his teammates as La Tortuga. Although he doesn’t have the build of the typical athlete, he plays the game with joy and a smile on his face.

“The Turtle” can teach us a valuable lesson: place the team ahead of yourself. One of the qualities that Willians possesses is a willingness to help the team in any way. He’s played left field, right field, first base, second base, third base, and catcher this year alone. When interviewed and asked what position he prefers, he responded, “I just want to play baseball, I’m a baseball player.”

La Tortuga places the team ahead of himself. He doesn’t care where he plays—he just wants to play. Take a moment to consider this: if the team you’re a part of worried less about whether each individual is a developer or a tester and more about regularly releasing product, would your team be better off?

Of course, it would. We would all be a bit more Agile if we were only a little bit more like La Tortuga.

If everyone on your team placed the team ahead of themselves, what could you achieve? Take your Agile leadership to the next level by leading by example. Put La Tortuga’s lesson into play. To learn more about Agile leadership, send us a message and Go Twins!