In Part 1 of this 7-part series we looked at VUCA, its origins, it’s meaning, and how it relates to Agile leadership.  The speed and interdependence of events in today’s world are overwhelming the time-honored processes and culture we’ve built so far.  Once comforting constants are transforming into variables that defy predictability and challenge traditional models of leadership and management.

In this part, we’re going to examine the “Toffler Curve”, which will help you understand the rise and context of VUCA, and why it not only won’t be going away, but will only intensify. 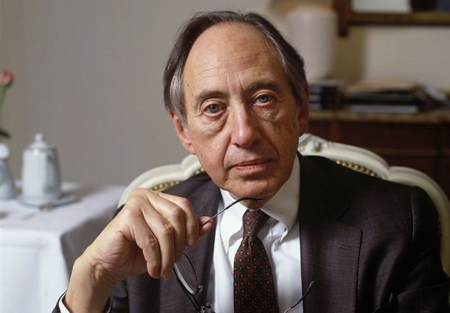 Alvin Toffler was born in 1928 and died in 2016.  An English major from NYU, he took his lead from Jack London and John Steinbeck and spent 5-years working on an assembly line.  Later in life he was: a White House correspondent for a Philadelphia newspaper; a columnist for Fortune; a freelance researcher hired by IBM to study the social and organizational impact of computers, by Xerox to write about PARC, and by AT&T as a strategist.  He is the author of 12-books including: Future Shock, and The Third Wave, (each still worth reading as they remain as applicable now as they did when they were first published).  Among other things, he predicted narrow casting, media fragmentation, the internet, working from a wired home, and more.  Most importantly for our purposes, he created what has become known as “The Toffler Curve.”

Toffler observed that not only was change occurring more rapidly, but the rate of change was actually accelerating.  He also went on to observe that because change causes commensurate disruption to humans and society, the rate of that disruption is also accelerating. 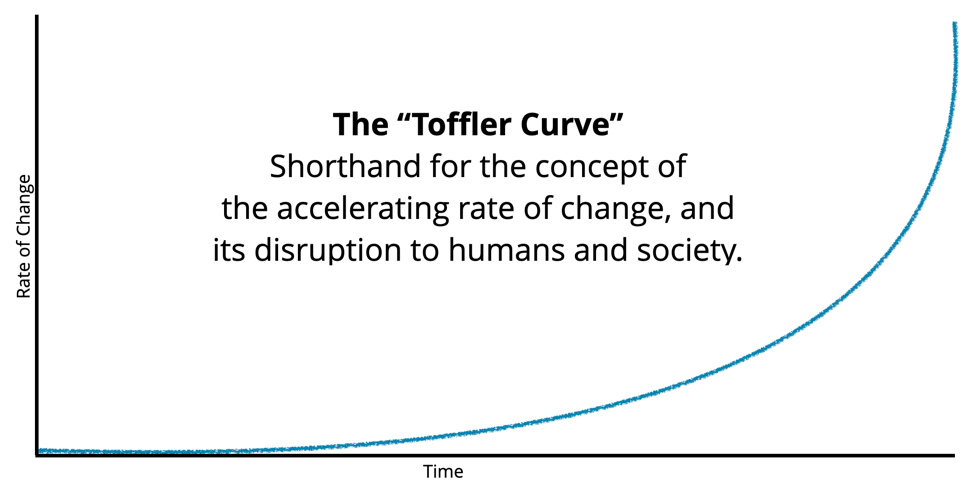 In the context of his curve, Toffler went on to identify three waves of change.

Since the 1940’s, we have been in the Third Wave, the Information Age, and the rate of change has started up a hockey stick curve. 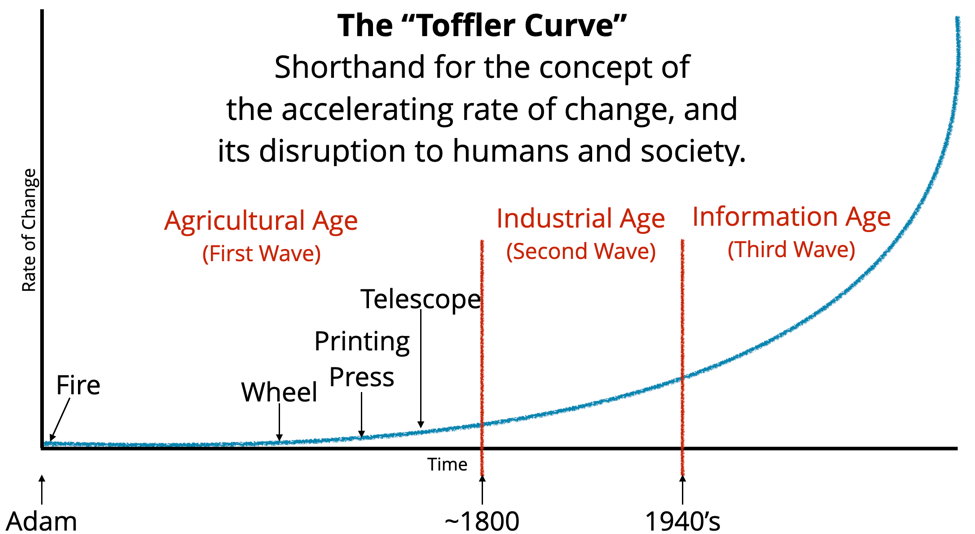 We now find ourselves on that part of the curve where the rate of change has gone vertical—the rate of change, and the disruption that it brings to humans and society, has become environmental. 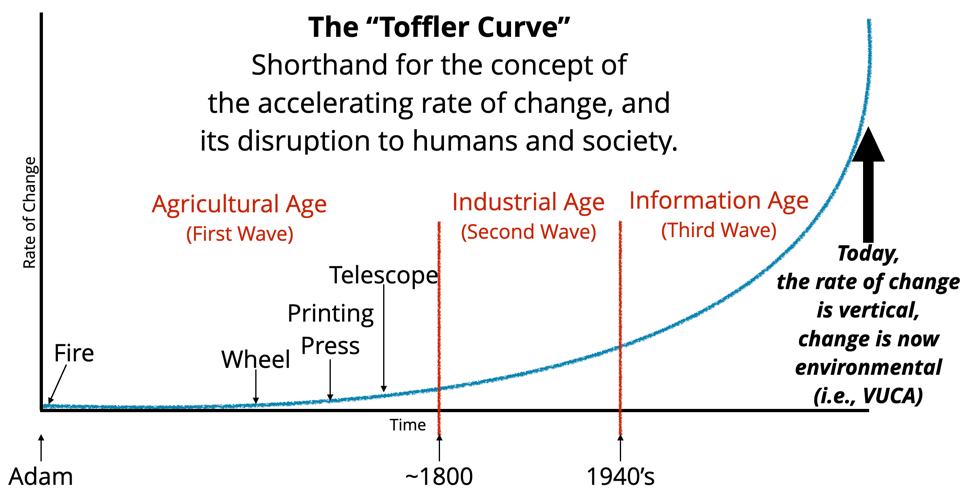 Let me give you some perspective:

The rate of change, and the disruption it creates for humans and society, is no longer climbing a line of ever-increasing slope.  It has gone vertical.  Change and disruption are now environmental—voilà, VUCA.

Operating successfully in an environment where change, along with its attendant disruption for humans and society (i.e., VUCA) screams for Agile leadership.