Initiative is “the energy or aptitude displayed in an initiation of action, or an introductory step,” says Merriam-Webster. In short, you need it to act—to move forward. 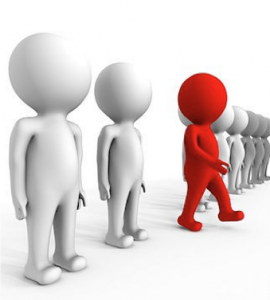 The Four Levels of Initiative

As a leader, it’s important to understand the four levels of initiative that your team exhibits. Knowing where they fall now can help you push them to greater levels.

Level One: Wait Until Told

The second level of initiative is “ask.” Those operating at this level may have something they think warrants their action, but they feel compelled to seek permission first.

The highest level of initiative is “act and report routinely.” This is the level where team members have the insight to see what needs acting upon and the confidence to do so.

This is the level of initiative on which Agile is based. It’s the level that any high-performing team must reach.

How Can Leaders Help Their Teams Progress to Level Four?

One of a leader’s many responsibilities is to create an environment and develop their people in such a way that they’ll progress to Level Four. What does that take?

To start, Levels Three and Four require relationships where each party has confidence in the other party’s competence and judgment. They also trust in each other. Level Four requires one more thing: an environment where the leader has made it safe to take risks.

People operating at Levels One or Two may be doing so because they’re new and are still testing boundary conditions. Most of the time, these individuals will naturally progress to the next level as they learn, or they may require only a tiny bit of coaching to do so.

Yet, even seasoned people will regress to Level One or Two under repressive or incompetent leadership. They bunker in and all forward motion slows—or stops altogether. Moreover, they may become cynical, skeptical and jaundiced, all conditions that the next leader will need to overcome. It creates issues that span leadership generations.

To become Agile within your organization, you’ll need a leadership structure to back it up. You must be able to lead your team forward in the levels of initiative. To learn more about Agile leadership, send us a message.