It is now the task of every corporation to examine its own culture, not merely for the sake of its competitive position, although that should be reason enough, but because it is the culture of our business corporations that will determine the future wealth of our nation.
– Lawrence M. Miller 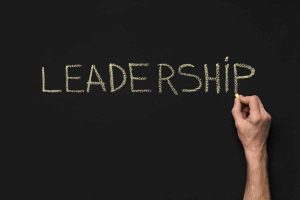 The topics of “Agile Leadership” and “Organizational Agility” rightfully receive growing attention today. For me, the age of these topics began in 1985. It was at that time my career pivoted 180 degrees from mathematical problem-solving to cultural transformation. I was creating new organizations, renovating under-performing ones and redesigning others that were doing alright, but tooled for yesterday, not tomorrow.

It was then that I was able to do some work with Larry Miller. I was able to witness his purpose in that work. I now consider him a mentor.

As you can see, I’ve been on the frontlines of this Agile leadership and organizational agility stuff for some time. They’re the heart of my consulting practice today at agilityIRL. While I may be a “pioneer” in this area, Larry is an early explorer and trailblazer.

The origin of his work lies in his struggle to integrate his understanding of the transformations taking place in American management and his beliefs in the nature of man and the flow of human history.

I simply want to give credit where credit is due. I also want to help you understand that the values upon which Agile leadership and organizational agility are based are not new. They are primary values that have been around a long time, have suffered from neglect and are now rising again. This time, however, they’re covered in an Agile coat of paint.

The 4 Keys to Organizational Agility

There are four things I’ve learned throughout my career creating 9 new organizations, renovating 4 under-performing ones and re-designing two that needed future-proofing:

I find the examination of the soul and spirit of leadership to be lacking from the new leadership practices of today. This is the very foundation upon which leadership’s right to lead rests.

Leaders enlightened and motivated to accept the challenge to adopt Agile to make a better place out of the corner of the planet they have the good fortune to lead find themselves in a common vise. They accept the challenge to change the mechanics and culture of their organization. They understand the necessity of developing their personal agility and the agility of their organization. But they also understand that if they pursue this change, they would contradict the accepted style of their superiors.

These contradictions make others question whether or not their efforts have any hope of lasting beyond their predicted temporary tour of duty. Worse yet, those whose style is being contradicted are the ones in the position to judge their future.

It’s a difference in their values and their assumptions in the roles of leaders and subordinates.

The 8 Necessary Values of an Agile Leader & Organization

Agile represents more than just new, emerging mechanics for how we complete tasks. Agile must represent new values and a new culture; a new way by which those mechanics are socially governed, both formally and informally.

New cultures result from the creation and acceptance of new values, new visions and a new spirit. New cultures emerge when leaders proclaim and demonstrate those values through their own behavior.

We all need to confirm our self-worth via a sense of contribution to a higher purpose. Leaders fulfill this need. They begin with “why” and communicate purpose to those who follow.

The ability to communicate a valued purpose is a rare art among managers. Achieving return on equity and the quarter’s earnings per share goal does not mobilize the noblest forces in our souls. The most successful organizations have defined the goals in terms of product or service and benefit to customers that can inspire and motivate their employees.

These organizations serve a worthy purpose and individuals seek to identify with it. The Agile leader will make the connection between our souls and our work. As a result, the organization’s purpose will be advanced by the energies released.

Too many managers are stuck in the culture of command and control, such as in the military. It can also be indirect, such as when the goal of performance is not to advance the organization’s mission but to achieve the satisfaction and approval of their boss.

A culture of command and control is seductive because managers feel an excitement, an exhilaration, when they’re able to command. This type of leadership is what was successful in the crisis climate of battle because it produced the conformity needed to achieve successful operations. In the days of old, the leader marched ahead of the troops because he was the strongest and the bravest.

Yet, despite all the military analogies and metaphors organizations like to use, today’s organizations do not march into battle. Instead, they succeed by their ability to generate ideas, bring ideas together and stimulate everyone in the organization to think creatively.

Today’s employee won’t be asked to risk life and limb for his or her superior. Instead, they’ll need to risk sharing their thoughts and feelings, focusing not just their physical energies but their mental and emotional energies, as well.

The Agile leader realizes that this change in task necessitates a change in their style from one of command and control to consensus and release.

Our culture values comfort, both material and psychological. We feel we should achieve personal satisfaction and fulfillment. We not only value this comfort but feel it’s our due. We don’t welcome personal tests and trials; we seek to avoid them and view them as contrary to satisfaction.

Our organizations maintain the traditions of a class society. We maintain the distinctions of management/labor, salaried/hourly, exempt/nonexempt and thinker/doer. These are all false distinctions, the old, useless baggage of a deceased society, carried forward into a new world.

We live in an age of unity and integration when distinctions that disunite and limit people are counterproductive. There are other traditions from our past to which management must return.

There was a time when ownership and identity with the job were a source of pride. The industrial area, with the anonymity of mass production, swung the pendulum from ownership to alienation. The electronic age, with its emphasis on information, the flexibility of information technology and the psychological needs for community, identity and a source of potential worth is currently swinging the pendulum back toward ownership.

The Agile leader will accept the value of involving the individual in its working and decision making so that he or she again feels in unity with his or her work.

In Western society, the corporation is the agency that metes out more rewards and punishments than any other. The prevalent principle by which it distributes its rewards is power. Those who organize, those who are in short supply and those who can control have power and receive rewards in proportion to that power. Distribution of rewards according to power is as old as our civilization.

Yet, this system contains within itself the seeds of its own destruction. When we grant rewards without regard to performance, productivity suffers. When we tie rewards to performance, individual and organization performances improve. If the organization is to succeed in the VUCA era, it must reevaluate the values by which it distributes its reward.

The agile leader will grant rewards according to the value of performance, a value not currently exhibited at the level of the chief executive or union apprentice.

We’re not skilled thinkers. Much of the explanation for the poor performance of an organization can be found in the sloppy mental habits found at every level. It’s a myth that managers manage by the numbers. Most managers have little understanding of data, statistical methods and the use of empirical analysis.

This is only a reflection of the larger culture, however. We—America—is a nation of sloppy thinkers, in the school, in the supermarket and in the executive suite. We make decisions based on gut reactions that are easily manipulated. Intuition is most useful when founded on a sound knowledge of the facts.

The Agile leader improves organizational performance by teaching that all data is subjective, the value of statistics and empirical analysis at all levels of their organization.

The military model of management was necessarily impersonal. In battle, the cost of personal involvement in the psychological world of another individual presented too great a risk to the emotional well-being of the leader. This is our tradition.

We represent strength as a detached, masculine absence of emotion and intimacy with fellow human beings. Management style will inevitably change because today’s organization faces different challenges. The new challenge is to tap not the physical labor of the individual, but his or her inner thoughts and emotional and spiritual energies.

This requires an intimate culture. Only then can individuals accomplish tasks by sharing openly without risk of emotional punishment. Agile leaders have an intimate knowledge of their subordinates’ thoughts, feelings and needs. In addition, they promote the strength and security that such intimacy requires.

Decision making in our organizations has become dominated by a concern for legalisms, regulations and precedents. Integrity is the foundation upon which all other values must necessarily be built, and upon which rest the trust and relationship between an individual and organization. The ability to discriminate between what’s honest and what lacks honesty is a skill that’s critical to the establishment of an Agile culture.

We live in a society of law and legalism in which the lawyer has become the high priest of right and wrong. That which is honest has become confused with that which is permissible by law. Our managers and organizations generally adhere to what’s legal. But the law doesn’t specify what’s right and it’s a poor guide to making the decisions that establish trust and unity among individuals and organizations.

These relationships deteriorate to the point where they represent a drag not only on productivity but also on their ability to market their products. Agile leaders are able to discern and act on that which is honest in spirit, thus establishing trustworthy organizational relationships.

I have what I believe is a meritorious argument for adopting Agile beyond its traditional lanes of product development and IT while inculcating the Agile philosophy in the way the organization is led and managed. It’s a market-based argument. Yet, I believe the imperative for Agile leadership and organization agility goes much deeper than the market.

The deeper imperative has to do with what and how the organization wants to be: it’s vision and values.

That fact is this: corporations are not dearly beloved by the populace. Instead, they’re viewed as the impersonal edifice of materialism. It neither inspires people to achieve their aspirations nor does it inspire the loyalty and devotion that would contribute to its purpose.

American managers have a tradition of pragmatism that’s a fairly reliable source of strength. But this pragmatism may require the balance of new values—Agile values—that are lofty, that inspire the imagination, and that engage the loyalty and devotion of the common individual.

Its gravity and urgency are greater now than in 1984. This is the deeper imperative for Agile leadership and organizational agility.

If you’re at all familiar with agilityIRL, you know that our mission is not merely to promote the Agile philosophy, but to eliminate human suffering from the workplace, from the front lines to the C-suite. In short, we believe that work-life doesn’t have to such and we’re on a mission to purge the suck.

To learn more about Agile leadership, organizational agility and how they can improve your organization, send us a message.

For more information about the primary values of Agile leaders, refer to American Spirit: Visions of a New Corporate Culture by Lawrence M. Miller.