In an earlier post I talked about defining every position in the context five roles:  Producer; Talent & Resource Manager; Innovator & Entrepreneur; Personal & Team Developer; and Friend & Citizen.  In this post I argue for limitations on vertical hierarchy.

In case I am not being clear, I regard most of today’s titles as participation awards for adults. 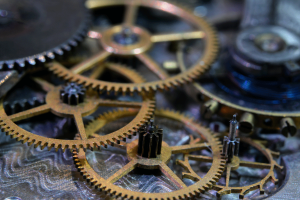 If I were Talent Management King-For-A-Day (as I’ve stated before, I refuse to use the word “resource” in relation to humans; if you don’t like “Talent Management,” then try “People Operations,” or the humble, unpretentious, “Personnel”), I would define just three levels for non-management positions:

The expectations for each role will vary depending on the position and its level. For example, the Producer role will be a higher percentage of a Journeyman’s job than it would be for a Master Craftsman or an Apprentice, because the Master Craftsman is spending a larger percent in their Personal and Team Developer role teaching Apprentices, as are the Apprentices who are being trained.

Of course, I wouldn’t use the labels, “Apprentice”, “Journeyman”, or “Master Craftsman” in titles, but would use some form of modern-day equivalents.  Using the position, Product Owner, for example:

And let us not forget, in the Scrum framework, there are only three different positions: Product Owner, Scrum Master, and Developer.  Three positions, each consisting of the same five roles, each with three possible levels of escalating expectations—much more conducive to organizational agility.

Not to be neglected, I will also argue for fewer management layers, too. To begin, the minimal viable organization structure consists of four functions:

Whenever you are tempted to add a function beyond these four, make sure that your additional function is truly value adding.  And just to be clear, let me give you a pragmatic definition of value adding: “Something is value adding if the customer would agree to pay for it if they knew they were paying for it.”

With that, let’s look at several different company configurations:

Another reason for keeping management layers at their viable minimum is what I call it the “reduction gear theory of management.” Take any organization and imagine each layer is like a gear, the higher the level, the bigger the gear, and these gears are stacked one on top of the other. This is depicted in the figure below, which represents an organization with nine layers of management.

Now, imagine that the CEO––the gear at the top, the biggest gear––has a modest idea, perhaps he or she is merely thinking out loud, thus turning their gear just one click. What happens to the gears at the lower levels? Because they are of decreasing size, they make a greater revolution with each layer. The turn of just a single click by the top gear may result in multiple, head-spinning revolutions by the bottom gear. Conversely, imagine that the bottom gear has an idea they want to advance. How many revolutions will be required by the bottom gear in order to produce any action at the top? Finally, if one gear turns clockwise, in which direction will the gears above and below it turn?

The point is that in addition to increasing economic costs, organizational layers also require larger stockpiles of political capital to grease the gears, and their inefficiency wastes precious cultural energy. The fewer the layers in an organization, the more efficient and effective the organization can be.

Put simply, reducing layers of management to their viable minimum enables greater organizational agility—the company will be faster and more adaptive to change.