I hate most job descriptions; I find them unnecessarily complicated and overly sophisticated. In any organization that is growing and expanding, they are meaningless anyway because they can’t keep up with the rate of change. If you have a job description that says what you actually do, then you are probably part of a nice little bureaucracy that isn’t going anywhere. Too many of today’s job descriptions are remnants of a Frederick Winslow Taylor approach where people are managed in the same way as are things. 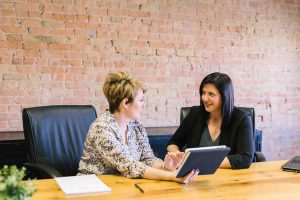 I know that Talent Management professionals (I refuse to use the word “resource” in relation to humans; if you don’t like “Talent Management,” then try “People Operations,” or the humble, unpretentious, “Personnel”), require job descriptions so they can do salary benchmarks with other companies. So, I am okay with job descriptions as long as we are clear that they serve the purposes of Personnel and not the purpose of the people responsible for the work.

Organizational agility demands a different approach.  For example, my preference is to define everyone’s job—management and staff—in the context of five roles: Producer, Talent & Resource Manager, Innovator & Entrepreneur, Personal & Team Developer, and Citizen & Friend.  These five roles and their attendant responsibilities are described below.

This role represents the responsibility every person has for managing that talent and those resources that the organization has entrusted to them—even if the only thing they are managing is themselves.

This role represents the responsibility every position has for the improvement of processes, products and services.

This role represents two responsibilities every position has: the first is to behave in a friendly manner by treating every other individual with dignity and respect; the second is to give back.

Treating people with dignity and respect means that you: listen to them in a way that makes them feel heard and understood—not necessarily agreed with, but heard and understood; treat them with kindness and courtesy—even when they may not be treating you that way; keep your promises (i.e., honor your explicit commitments); manage the expectations you create (i.e., honor your implicit commitments because a missed expectation has the same psychological effect as a broken promise); do not be duplicitous (i.e., don’t sweet-talk someone to their face and bad-mouth them behind their back); and, finally, have the humility to apologize if you blow any of the above.  This includes: customers—not just happy ones, but disgruntled ones, too; fellow employees—not just peers, but superiors and subordinates, too; vendors including consultants, contractors and other suppliers—not just the ones with whom you do business, but all of them; and other colleagues—not just ones you consider allies, but also those you consider rivals, too.  In other words, if it’s a life form, you treat it with dignity and respect.

The second responsibility associated with this role is giving something back to one or more of the many communities to which you belong. For example, this could include internal efforts outside of your normal producer responsibilities (e.g., participation in your organization’s charitable work; participation on an organization-wide, cross-functional team to study and make recommendations regarding the competitive state of some organizational program; etc.); and it could include external efforts such as playing a role in a pertinent professional society.

This practice test is an excellent addition to your preparation for certified Scrum exams:

It’s free to take, we want you to succeed!