There are a number of great anecdotes and quotes associated with American Football.  From Vince Lombardi, “What the hell is going on out there?” to Dick Butkus, “I only cheat in league games,” to Randy Moss’ “Straight cash, homie!” the characters of the game have provided us with a number of memorable one-liners and stories. 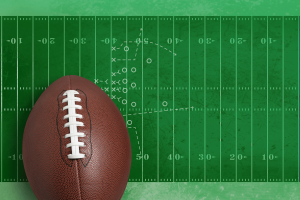 Recently, I found myself thinking about one of these famous scenes.  Jim Mora was the coach of the Indianapolis Colts.  In 2001, he went on an epic rant regarding his team’s performance in a 49-21 loss to the San Francisco 49ers. He was asked by an unassuming reporter if his team was still a playoff team, his reply is legendary—watch it here.

This scene came to mind during one of my recent Certified Scrum Master® courses.  As part of our partnership with Watermark Learning, we work with a number of dislocated worker programs to help people who have been RIF’d, or otherwise laid off, add to and/or update their skills, thus become more marketable as they seek their next opportunity.  We had a number of such folks in this recent class, and while their number was not unusual, the companies from which they were laid off were all well-known, established firms; repeat offenders, if you will.  Moreover, while each company had a stated business reason for their layoffs, none appeared to be on the verge of going out of business.  In fact, some were still making a sizeable profit with their leaders being well-compensated for their financial results.

In hearing these stories and later reviewing the financial performance and management compensation of the companies involved, I found myself channeling “my inner Jim Mora,” “Layoffs! Are you kidding me?! Layoffs?!”

Layoffs in the vast majority of cases are unnecessary—a mark of leadership laziness in service to their avarice.  Everyone can understand the need to reduce personnel and expenses when the firm’s life is on the line.  However, I’m not talking about those companies; none of these companies that I’m talking about are going to go out of business if they don’t reduce their labor costs—they’re not even close.  Interestingly, I can’t think of one healthy, privately-held company that I have seen conduct such layoffs.  The otherwise healthy companies that we see toss employees overboard are usually publicly-held, and earnings-per-share (EPS) is the alter at which they worship.   These layoffs are not acts of corporate survival, they are the work of “Denominator Managers” (see this blog on the topic from one of my partner’s, Jim Ruprecht) and their focus on maximizing their bonuses by maximizing EPS.  This is a clear violation of the Scrum Value of “Respect” and adds “hypocrisy” to the many charges rightly leveled against industry.

However, let’s assume positive intent, let’s assume that some restructuring is necessary.  That might explain a single reduction in force, but how does it explain multiple, repeated, often annual layoffs?  People do not hire themselves.  They are hired by management based on management’s view of the market and their strategic plan to capitalize on their firm’s unique strengths to create value for a targeted customer or market segment.  If management has to conduct layoffs every year or, in some cases, multiple times a year, isn’t that a sign that different leadership is needed?  The people who are tossed overboard are not at fault, the fault lies instead with those leaders that formulated the failed strategy, and/or those managers who fumbled its execution.  Add to this those executives who fail to demonstrate the Scrum Value of “Courage” and continue to allow their leadership team to continue to conduct subsequent layoffs after having missed time and time again on a plan to maximize value.

While Mora’s rant is best known for his line regarding “Playoffs”, there are a number of other snippets from that same press conference that nicely summarize my feelings about this situation.  These quotes include:

“That was a disgraceful performance in my opinion!”

“I don’t know who the hell we are when we do something like that!”

“In my opinion, that sucked!”

“Layoffs!  Are you kidding me?!  Layoffs?!”  To hear more rants on topics related to leadership, product development, the world of work, and even to learn something about Scrum, check out our library of articles in the thought leadership section of our website, and our list of upcoming courses.

This practice test is an excellent addition to your preparation for certified Scrum exams:

It’s free to take, we want you to succeed!