Based on over 4-decades of observational research, I can confidently assert that intellectual laziness is an all-too-common leadership fail.

It is a myth that managers manage by the numbers.  So many leaders that I’ve observed in action simply were not skilled thinkers, having little understanding of data, statistical methods, empirical analysis, and probabilistic decision-making.  In fact, I think that much of the explanation for organizations that are performing poorly can be found in the sloppy mental habits at every level.

This, I believe, is only a reflection of the larger culture.  We (i.e., America) are a nation of sloppy thinkers.  In the school, in the supermarket, and in the executive suite, we make decisions based on gut reactions that are often easily manipulated.  Intuition, which can be a valuable tool, is more often an excuse for lazy and undisciplined analysis.  To be a valuable tool, intuition must be founded on a sound understanding of the data and the facts (hopefully you get that “facts” and “data” are two different things).  And, if grounded in sound data and facts, intuition can be especially valuable when used in conjunction with probabilistic decision-making.

Recently, “data-driven decision-making” has become all the rage.  It’s too early to tell if it is just the latest management fad (i.e., this, too, shall pass), or if it will have some staying power.  Either way, this scares the bejabbers out of me.  I’m not sure that putting data of increasing granularity in the hands of sloppy thinkers is a good idea.  Employing data with picometric precision in lazy and/or unskilled analyses is not known to produce breakthrough results of the good kind; it actually increases the potential for harm by producing dubious results accompanied by unwarranted confidence. I don’t know if it is healthy to take pride in precision guesswork.

Given this rise of data-driven decision-making, and worried that it is a bandwagon onto which a lot of sloppy thinkers will jump.  I want to focus on a truth that has become lost or forgotten, but is essential in data’s proper use:  all data is subjective and requires context in order to be meaningful, thus useful.

In the spirit of “forewarned is forearmed,” you should know that I am going to use baseball to make my point. 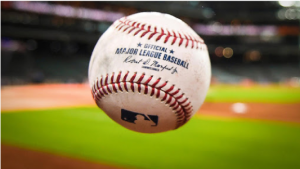 In my family, baseball is close to a religion.  Each of my two daughters learned how to keep score early in their lives.  And if you ask either one of them, they will tell you that there are 216 stitches on a regulation baseball (or, 108, depending on how you count a stitch).

I understand that a lot of people consider baseball to be a game that that packs 10-minutes of action into 3-hours.  These people are watching the game wrong.  You don’t watch baseball like you watch other sports because baseball is not like other sports.

Baseball is the only sport where the defense controls the ball, and where points are scored by people crossing a physical marker, rather than an object crossing, or going into, a physical marker or container.  It is a leisurely game played with blinding speed.  It is the only game where its end is not governed by the clock but by each team having had its turn.  Using the aerodynamic effects created by the stitches on a baseball, a ball can be pitched in ways to make it curve, flutter, drop away, of slide away on its 60.5-foot journey from the mound to the plate; or it can simply come straight in at speeds from 90 to over 100 miles per hour.  And using a cylinder to hit a sphere thrown to give it an undisclosed motion when pitched, and to hit it in such a way that it falls within a prescribed area populated with opposing players, such that the batter can at least run the 90-feet to first base without the ball being either caught in the air, or fielded and thrown to first base before the batter gets there, is absolutely the hardest thing to do in all of sports.

It is that data with which I want to show you that all data is subjective and requires context in order to be meaningful, thus useful.

Growing up in Minnesota before they had had an MLB franchise, I became a follower of the New York Yankees; Mickey Mantle remains my favorite player of my lifetime.  In 1961 the Yankees were hot and Roger Maris and Mickey Mantle provided the fire. That fire came from a friendly batting competition that emerged between Maris and Mantle, with each one pushing the other.

My question for you is, “Who is the more valuable hitter, Maris or Mantle?”  I ask my question in the present tense because I want you to suspend your hindsight; it is 1961 and all you have on which to make your decision is the individual players’ batting stats.

Conventional baseball wisdom says there are three batting statistics important in determining a hitter’s value; they are batting average, runs batted in (RBI’s), and home runs.  This thinking changed in 2002, but more on that later; right now, we are in 1961. So, let’s begin by looking at Maris and Mantle’s batting averages.

Calculated as successes divided by opportunities, batting average is one of the purest performance metrics on the planet.  A batter who gets a hit on every at-bat is batting 1.000, or, more colloquially, is batting 1,000.  It never happens.  The very best hitters in major league baseball today hit in the .300’s; the last player to hit over .400 in a single-season was Ted Williams of the Boston Red Sox in 1941.

Now let’s look at runs batted in, or RBI’s.

A hitter earns an RBI when their at-bat causes a runner crossing the plate and score a run.  If there are runners on second and third and you hit a single and both of those runners score, then you will have just earned 2 RBI’s.  If bases are loaded, and you hit a home run, you will earn 4 RBI’s, one for each of the on-base runners scoring, and one for you scoring on your home run.  The idea is that RBIs are a measure of a batter’s ability to hit in a clutch situation (i.e., with runners in scoring position).  In fact, if there is a runner on third and you hit a long fly ball, which is caught for an out, but the runner tags-up after the ball is caught and scores, then the batter also earns an RBI; their at-bat is scored as “a sacrifice” and that at-bat will not count in their batting average calculation.

This is important: it is for this reason that OBA is the stat at the heart of the data-driven approach to baseball introduced to Major League Baseball in 2002 by the Oakland Athletics General Manager, Billy Beane, and his Assistant GM, Paul DePodesta.

Billy Beane was a former baseball player; a star player in his youth, he crashed and burned as a player in the Majors.  Depodesta graduated from Harvard with an economics degree before working as a scout for Cleveland, where he was plucked by Billy Beane to help make the small-market, financially strapped, Oakland A’s competitive in a league that included wealthy, large market teams like the New York Yankees. DePodesta was a skilled thinker with an unshakable belief in a quantitative approach to running the team using “sabermetrics” (derived from the Society for American Baseball Research acronym “SABR”). Beane and DePodesta used this revolutionary approach in 2002 to win 20 straight games and earn a playoff appearance—all on a shoestring budget.  Their success would go on to influence professional sports of all kinds for years to come.

All of this is memorialized by Michael Lewis in his book, Moneyball: The Art of Winning an Unfair Game; the movie, “Moneyball,” was based on Lewis’ book. (The movie starred Brad Pitt as Billy Beane, and Jonah Hill as DePodesta, but who was named “Peter Brand” because DePodesta didn’t want his name used; the screen play team included one of my most admired writers, Aaron Sorkin.)

Rather than being joyous, the baseball faithful were incensed. Ruth was baseball royalty and his record was considered close to sacred.  Maris was a commoner and not deemed to possess the personal properties that someone besting Ruth’s sacred record should possess.

But this gives way to the question, “What defines a season?”

Not taken into consideration by Frick and friends is that by 1961 teams were playing night games, under the lights, which makes for tougher hitting conditions.  Also, by 1961, teams played opponents from coast to coast, and we know that changing time zones messes with the body’s circadian rhythm, which makes all things tougher.  In other words, there’s more that defines a season than just the number of games.

In 1991, an 8-man panel, commissioned and led by then Baseball Commissioner, Fay Vincent, and creatively named, “The Committee for Statistical Accuracy” voted to remove the asterisk.  Unfortunately, Maris died of lymphoma in 1985, at the age of 51, with the asterisk still marring his record.

Maris’ record stood for 37-years, until 1998, when Mark McGwire, then with the St. Louis Cardinals, hit 70 home runs.  In a tribute to Maris, McGwire had the bat that Maris used to hit his 61st home run sent from the Baseball Hall of Fame to have on hand, so McGwire could pay his respects to the Maris family when he broke Maris’ record.  McGwire’s act of tribute to Maris’ record and the Maris family was pretty classy.  Unfortunately, the validity of McGwire’s record became plagued by accusations of prohibited steroid use. McGwire’s record stood for three years until 2001 when Barry Bonds, then with the San Francisco Giants, hit 73 home runs.  Like McGwire’s, the validity of Bonds’ record also became plagued by accusations of prohibited steroid use.  As of the end of the 2020 season, Bonds’ single season home run record still stands.

Here are a couple of additional bits of context for you before you answer the question.   You should know that Mantle was beloved by Yankee players and fans, and non-Yankee players and fans.  Maris was, well, meh.  Mantle was skilled in dealing with the press.  Maris was not.  Mantle was brittle; he suffered multiple knee injuries and surgeries leaving his knees held together with wire.  Maris was not.  Off field, Mantle lived an unhealthy life style.  Maris did not.  Finally, it is generally agreed that Maris wouldn’t have had the year he did if it weren’t for Mantle, and that Mantle wouldn’t have had the year he had if it weren’t for Maris.

So, it’s the end of the 1961 season, you’re Yankee Manager, Ralph Houk, and now you’re thinking about 1962.  Who’s been you’re more valuable hitter?  In terms of present value?  In terms of future value?  It’s not so straight forward, is it?  There’s so much more to it than just the numbers—teasing useful meaning out of those numbers requires context.

The Agile leader improves performance across their entire organization by teaching the value of statistics, empirical analysis, and probabilistic decision-making at all levels—not just the quantitative, mathematical skills of these methods, but also the qualitative understanding that all data is subjective and requires context to have meaning, and thus be useful.

And, for what it’s worth, I think that Mickey Mantle was the more valuable hitter, that Roger Maris got screwed, and that Billy Beane is an example of an Agile leader.