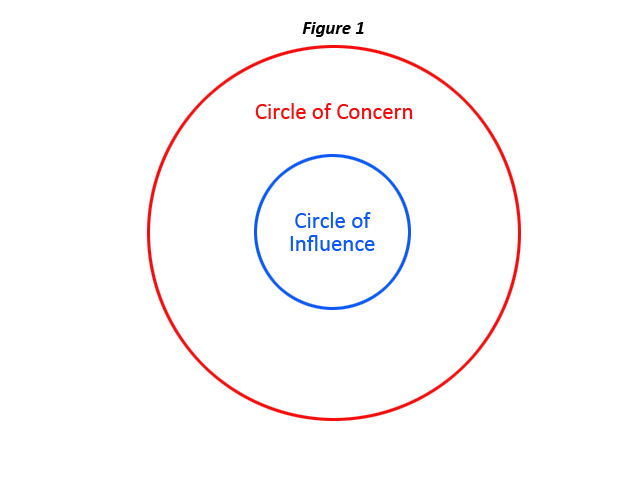 Think of your circle of influence like a muscle.

If you neglect it and spend your energy on things that are of concern to you, but beyond your influence, then, as shown in Figure 2, your circle of influence will atrophy and shrink, just like a neglected muscle. 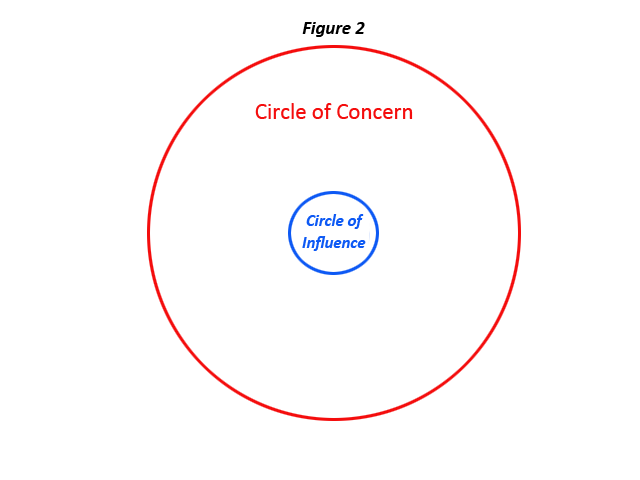 On the other hand, if you focus your energy on those things that are within your influence, then, as shown in Figure 3, just like a muscle that is exercised, your circle of influence will grow. More things will open to your influence; people will seek out your opinion and assistance regarding matters that would otherwise be outside of your influence. 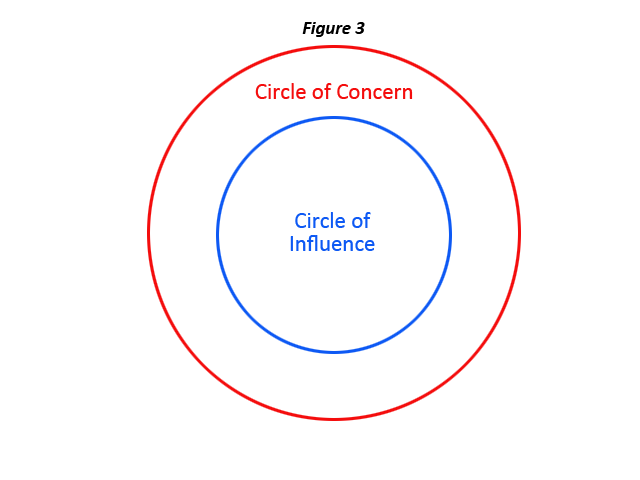 But you have to be patient and you have to be persistent, because just like exercising your muscles, it takes repetition over time before you will start to see results. How long it takes will be a function of the shape that muscle is in to begin with, and how faithful you are to exercising it.

By the way, this concept applies not only to one’s work life, but to one’s personal life, as well.

Admittedly this is a pretty simple concept; however, it is not an easy one. It’s not an intellectual problem; most people understand it. However, it is a problem of mental discipline, and it is that mental discipline that is one of the things that separates agile leaders from brittle ones.

One such mental discipline is “agile-driven priority and time management,” which you can learn more about here.

Interested in coaching and/or consulting assistance to inculcate this thinking in yourself, among your leadership team members, or across your entire organization?

We’re agilityIRL. We’ve been where you are. We can help. Contact us.