The principles, values and core beliefs of the Agile Manifesto have been around since Moby Dick was a minnow. Over the years, they’ve been successfully employed by motivated and enlightened leaders in a wide variety of industries—a heritage created by people with brains, heart and guts. 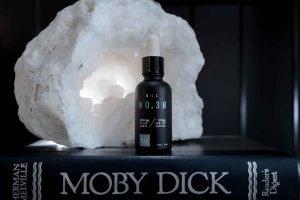 Agile: Traced Back to Post-WWII Japan

Contrary to common opinion, today’s Agile movement didn’t originate in the software business, or even in the tech sector. It also didn’t originate in the U.S. Agile’s modern heritage can be directly traced to the development and manufacturing of hardware products in post-WWII Japan—and it’s something of a tortoise and hare story.

WWII had just ended, and the U.S. was one of the few combatants to get through the war intact. Not just intact; the war put U.S. manufacturing in ultra-high gear. It continued in this way after the war, shifting from military products back to consumer and commercial products.

While other countries were rebuilding and struggling to regain some level of self-sufficiency, the U.S. was the manufacturer for the world. If we could make it, we could sell it. And make it we did. Our factories’ production runs were massive in scale.

Meanwhile, Japan’s manufacturing capability had been laid to waste. Although they were rebuilding under U.S. occupation, they realized the U.S. mass production model wasn’t economically viable for them. As a result of attempting this model, they realized they couldn’t keep up and the quality of their products was poor.

Japanese manufacturers needed to develop product development and manufacturing processes that were cost-effective with small product runs. They needed a process adaptive to change to accommodate both product customization and process improvement, so they could adapt to higher quality practices in the future.

During this time, when he was unable to interest U.S. manufacturing in his new empirical approach to business in general and manufacturing in particular, W. Edwards Deming’s concepts and methods were eagerly embraced in Japan.

In his book, Out of the Crisis, Deming explains his approach, also found in the simplified version: Dr. Deming’s 14-Points for Management. These 14 points share the same spirit and substance as the philosophy we today call Agile.

When I say that Japan embraced Deming, I mean they embraced both the approach and the man. The Japanese government even named their nation’s top-quality award the Deming Award. By the 1980s, after applying what they learned in manufacturing to the way they did product development, Japanese manufacturers became far faster and far more flexible in delivering product. The product was better tuned to emerging customer preferences and of higher quality than U.S. manufacturers.

It was the Japanese auto manufacturers that paid attention to U.S. auto buyers’ changing lifestyle habits and incorporated them into their design.

I remember when my parents were looking for a new car during that time. My mom mentioned to my dad how she liked the idea of the cup holders found in a Toyota. Visiting a Chevrolet dealer, my dad asked them about the absence of cup holders. The Chevrolet salesman told him, and I quote, “General Motors’ customers don’t require cup holders.”

You see, speed is important.

Why? There are three reasons:

Japanese auto manufacturers became a serious threat to GM, Ford and Chrysler. Toyota displaced Ford as the world’s largest auto manufacturer, as measured by vehicles sold. Toyota and Honda became the world’s leaders in quality. “The Toyota Way” became the gold standard for how to do manufacturing, with the Toyota model being the subject of an MIT $5 million, five-year study, documented in the book: The Machine That Changed the World.

First Honda, then Toyota became the first foreign auto manufacturers to open “off-shore plants” in the U.S. First Honda, then Nissan and Toyota came out with their own premium brands: Acura, Infinity and Lexus, respectively, displacing Cadillac and Lincoln as leaders in their luxury auto niche.

In January 1986, the Harvard Business Review published the article, The New New Product Development Game, by Hirotaka Takeuchi and Ikujiro Nonaka. The article reports the results from their case studies of Japanese manufacturers such as Honda, Toyota, Canon and others. It describes the companies’ faster and more flexible approach to product development.

They found the approach to be a form of “organizational knowledge creation…especially good at bringing about innovation.” They described it as “a holistic approach, as the whole process is performed by one cross-functional team across multiple overlapping phases. The team tries to go the distance as a unit, passing the ball back and forth in rugby-like fashion.”

Their article’s subtitle was, “Stop running the relay race and take up rugby.” In the early 1990s, it was an homage to Takeuchi and Nonaka’s article that Jeff Sutherland and Ken Schwaber chose to name the new software development framework on which they were collaborating, “Scrum.”

As you can see, Agile didn’t originate in the software industry, tech industry or even in the U.S. Its lineage most directly flows from hardware manufacturing, which also makes it awkward when someone asks, “will Agile work for hardware products as well as software?”

The lineage of the overall rationale that underlines Agile is even older and broader than post-WWII Japan.

Empiricism is a fundamental tenant of Deming and Agile. Long before “Agile” became avant-garde, the first codification of empirical iteration came from Deming’s mentor, Walter Shewhart, working at Bell Labs in 1925-1956. It was Shewhart that developed the Plan-Do-Check-Adjust-Act or the “PDCA cycle.”

Similar to the PDCA cycle is the “OODA Loop”- observe, orient, decide, act. John Boyd, a F-86 Saber Pilot during the Korean War developed the OODA Loop. And as Dave Burke, retired Marine Fighter Pilot and Top Gun Instructor would teach, “Every single thing you do in your life, every decision you make, is an OODA Loop.”

The raw materials of empiricism are also fundamental to Agile. Long before Agile became avant-garde, Henry Ford asserted, “Failure is simply the opportunity to begin again, this time more intelligently.”

Agile is also about problem-solving that’s not constrained by conventional thinking and the delivery of value that pushes the edge of the envelope and creates competitive advantage. Sam Walton reflected, “I have always been driven to buck the system, to innovate, to take things beyond where they’ve been.”

Agile insists that at regular intervals, the team reflects on how to become more effective, then they must tune and adjust their behavior accordingly. Peter Drucker, affectionately known as the Yoda of Business Management asserted, “We now accept the fact that learning is a lifelong process of keeping abreast of change. And the most pressing task is to teach people how to learn.”

Agile is all about welcoming the changing requirements, even late in the process. Agile processes harness change for the customer’s competitive advantage. Long before Agile came onto the scene:

A well-known principle behind the creation of Agile teams is that they possess all the skills necessary for the care and development of the product for which they are responsible.

The Mayo Clinic recognizes and has employed this approach since their origin. Mayo’s patient care teams include physicians representing all of the disciplines and specialties that each patient case requires.

Agile states that its highest priority is satisfying the customer through the early and continuous delivery of valuable product. Towards this end, Agile places a premium on businesspeople and product developers working together daily throughout the process. Plus, Agile is built on the idea that the most efficient method of conveying information is face-to-face communication and that the best architectures, requirements and designs emerge from self-organizing teams.

As he reflected in his book, Turn the Ship Around: A True Story of Turning Followers Into Leaders, “If you want people to think, give them intent, not instructions. Don’t take control and attract followers; give control and create leaders. Imagine a world where everyone engages and contributes their full intellectual capacity, a place where everyone is a leader.”

Agile isn’t a new thing, nor a tech thing. But that’s not the main take away from this message. Instead, the main message is this: those in leadership positions—those leaders with brains, heart and guts—make their corner of the planet a better place for all with a stake in its success, from customers to the people inside the organization.

Agile’s heritage is both broad and deep, and its principles, values, and core beliefs apply not only to product development but to how an organization is led, managed and operated. While Agile is useful in treating pain points, it’s equally useful in the hands of an enlightened and motivated leader for treating the whole organization.

To learn more about Agile leadership and incorporating it into your business, send us a message